Story of The Iron Woman

“I was caught between a rock and a hard place. Either I go back to my house – which became the main target of the ceaseless airstrikes – and face the death of my eight blind kids, or I leave everything behind and move with them to a safer place….facing all the threats to our survival  we may encounter on our way.”

When Najiba Mohammed gave birth to her first child, Daris, she received him with tremendous delight, only later did she learn that God had given her a blind son. Twelve children later, eight of them, seven boys and a girl, were born blind.

Despite harsh circumstances, Mrs. Najiba managed to raise her children. She worked hard to be the center of gravity of this family, especially after her husband succumbed to a severe psychological condition following the death of his only sighted boy in a car accident at the tender  age of twelve.

She struggled a lot, yet, she never quit taking care of her family patiently. Despite her illiteracy, she managed to help her children go to school and learn. Thanks to her, her blind children could graduate from college with Bachelor’s degrees.

The reality of displacement

Since the war began, more than three million people have been forced to flee their houses, farms and all their properties in search a new life of safety – far away from war zones or areas under the direct bombardment by Arab coalition aircraft led by Saudi Arabia.

With the bombs and fierce fighting closing in on her, Najiba had to make a decision – stay and risk the life of her family, or leave and surrender to an unknown fate.

However, fleeing your home is just the first part of the journey, a new struggle awaits with the burdens of displacement – dislocation from the community, schools, hospitals, business and all the support systems needed for well-bring.

Unable to afford the basic needs for life in their new places, many end up suffering famine and do not have access to clean water or appropriate shelter.

Imagine the uncertainty of a single-mother travelling alone across harsh landscapes with eight blind children.

She recounts how she overcame her fears before deciding to escape after the intensification of the fighting and the assertiveness of the shelling, where she lived alongside her 11 juveniles : “”I was suffering and overthinking how to get through this long-distance separating Sanaa from my town. Would we make it?”

Despite the tremendous risk, Najiba, under the threat of death by intensified fighting and bombardment, fled on February 2016 with all her children dreaming of a modest house for her family.

All she found were two empty rooms without any furniture.

“We were an easy target of bombardment in all the areas where we were displaced. Thankfully my family and I could make it without being injured: I carried my sons one by one, pressing them through the mountain while they were all prone to fall from the top of the mountain to the bottom of the valley. It was a tragedy! Then, thanks to god, I could move them, from one mountain to another and from one valley to another, on a four-day journey of suffering, at the nightfall.“

In the words of her Son, Ali: “At first, we were stranded on a cliff where stayed for 25 days. We thought this cliff would protect us from the shelling of the area but to no avail. We only took a few blankets with us. We were starving. For 25 days, we had only some tea and bread to eat. My mother and my sisters were collecting firewood to cook with.”

As shelling drew closer and harder, my mother decided to flee from that cliff to an area called Bank Faraj. We stayed there for a week until the fighting found us again nearby.”

Sanaa has remained a relative safe-zone during the conflict, a place that Najiba pinned hopes on for the safety of her family. On her journey, she remained in temporary living conditions, beset by poverty and suffering, for months at a stretch as she moved from place to place.

Finally, she made it to the capital, Sanaa, where she settled after tragic journey that lasted more than eight months. It seems that God’s patronage and kindness were the ones who protected that family so that this iron woman could move her children smoothly and peacefully to secure areas.

The mass displacement of people from conflict zones to safe cities has restricted the supply of apartments and houses in Sanaa, which has contributed significantly to an increase in rental rates. This has added a new burden to the families displaced to Sana’a from different governorates.

“We moved to Sana’a with a new encounter of suffering,” says Daris Al-Naimy, the eldest son of Najiba. “We couldn’t get a suitable house for us, and the high prices of rents hindered us from getting housing to suit us.

After continuous search, we obtained a house but the new displacement house was not suitable since we did not have any money to buy some necessary items.”

This is a common challenge for displaced peoples, they arrive with nothing but the shirt on their backs, and have to start from scratch. In Najiba’s case, with 11 children in tow, eight of which were blind. The family did not receive any assistance from any local or state organizations to help them live and cope with their new neighbourhoods as displaced people, except for one local organization.

Ali says, “One of the local organizations (Mona Relief) has provided us with urgent assistance and has provided all our protests. The organization continues to support us on a monthly basis with rental expenses and food assistance for two years. Even with this assistance, it is little compared to our growing day-to-day needs.”

“We were going to die there because of the bombing, and the dangers we faced during the displacement.” Najiba sheds tears to add, “But thank God who miraculously saved us.”

She prays that the war ends so that she can go back to her village with her children and feel the security she and her family had before the war began.

This is how Najiba Murshid, a mother of eleven children – eight of whom are blind – risked her life to protect her children in the face of impossible odds. For us, she is a legend, a pillar of strength and the evidence of a mothers fearless love…A woman of iron will, she has earned the name “Iron Woman”.

** Mona relief continues to provide basic financial assistance to widows and displaced women, most of whom have children to support. Your donations go to help woman such as Najiba who have risked their lives, often under great duress to find safety for their families. 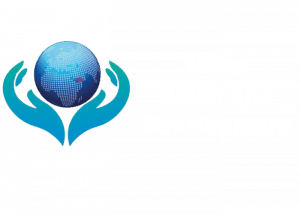